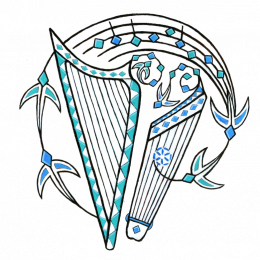 STOP PRESS – CD POSTING IN SEPTEMBER CD to be completed and sent out in early June NEXT WEEK, September 2018 Stymied again by the Danish Government summer holidays! They sponsored the actual production of the disc and sleeve and have been a cause of constant frustration for us. We are both really so very sorry that you’ve all been waiting so long…… If you ordered and prepaid for a CD last November, you will have your CD in early June. We underestimated the amount of time it would take us to pick, edit, typeset and produce it and then were stymied by the threat of a Danish strike (as it will be printed and produced by Danish government workers). We’re looking forward to putting it in the post to you very soon,...

Next week my tour with Agnethe Christensen begins at St Mary at Hill, part of their beautifully named series of concerts ‘The Yes of the Heart’, celebrating the musical heritage of Martin Luther in this anniversary year. Because of the anniversary of course there are all sorts of exhibitions, books, newspaper articles – you name it. This morning I listened by chance to one of Radio 4’s programmes in the series Living with the Gods, which is in collaboration with the British Museum, so looks at artefacts in their collections each week and the ways in which they express human relationships to Gods.   It was a bit serendipitous. The item they talked about is a coat from Transylvania, an area now in Romania where I went on holiday in 2016 specifically to visit Saxon fortified churches (and to try to watch bears in the unspoilt forest wildernesses).      Here is the church in a tiny place called Mālâncrav (Malmkrog in German), full, and I mean absolutely FULL, of frescoes (which were a bit difficult to capture with my phone camera….) There was also a gorgeous altarpiece from 1520. Look- there’s a harpist! Here’s Copsa Mare (Grosskopisch in German) where we climbed up the tower of the 14th century church on proper rickety ladder type stairs through the dim dustiness to be greeted by bells, and an amazing view!        It was an unforgettable trip.   The artefact the radio programme used as inspiration was a sheepskin coat, dyed and embroidered, and known as a Kirchenpelz. The Saxon inhabitants from the 19th century wore them (I’m guessing just the men) on Sundays to go to their Lutheran church services (where they sang chorales together in German). They were not just practical (super furry and warm) but also a badge of belonging to a community, a special outsider community which had been invited by the Hungarian King Geza II in 1123 to settle in the region in an attempt to thwart the threat of Turkish attacks from the east. The churches are designed to be well defendable and multi-purpose – that bell tower I visited probably served very well as a lookout post!   So knowing about this coat (you can see it here) has given me a whole new vision of the churches I visited. It’s also made me wonder if there are any Lutheran chorale tunes... 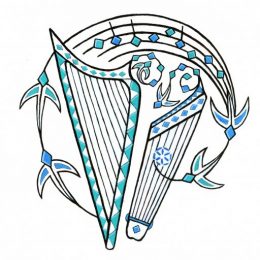 Monday 20th November, 8pm, Worksop Priory We’ve been invited to play for the annual Pilgrims Festival – Illuminate 2017. It celebrates the Mayflower voyage in and around places which sent pilgrims almost 400 years ago – what a great series of events! We’re not listed of course – this has all been a bit of a last minute thing!...

Some things you might not know about Luther – II 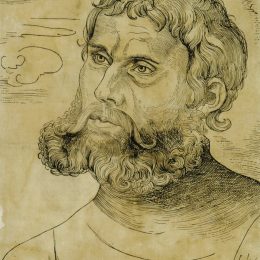 He was bilingual in the two different sorts of German spoken in the 16th century, low and high German. It seems as if they were practically mutually unintelligible. If you’ve ever spent any time with German speakers who come from different regions, it doesn’t take long to realise that most of their conversation is about how they have different words for stuff – tricky when you’re busy trying to learn just one, official word for things… Anyway, when Luther translated the bible, he managed to bring the two languages together enough that his version of German, intended to be understood by as many people as possible, essentially ended up being the one which is considered official today.   You can hear more about this in this BBC radio...

Some things you might not know about Luther – I 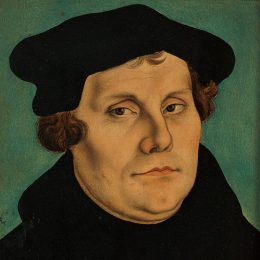 This is the first of a short series!   His name was originally Luder, a bit unfortunate as it means “bait”, a slang word for scoundrel or lout. He changed it just before publishing his 95 theses in 1517, becoming a classy sounding latinised “Eleutherius”, suggesting his freedom in God through Christ.

1517 was an important year….. a new programme of Lutheran hymns

This year is the 500th anniversary of what lots of people consider to be the opening act of the Reformation – Martin Luther’s 95 theses. I became aware of this fact rather by accident to be honest – my sister was training at theological college and they got invited to Wittenberg last October for the opening celebrations of this anniversary year. She had a lovely time, there was a medieval market, beautiful music and great beer apparently. She also brought back this marvellous trinket – a Playmobil Martin Luther, complete with a copy of his theses and a cute hat.         And then the lovely Agnethe said that she’d been approached by a Danish church to come up with a Reformation themed programme, so we started to think about what that might be like… in the end this gig fell through, but I made up for it by calling on all my contacts to help me find concerts in the UK. Lots of emails later, and we had a mini tour!...