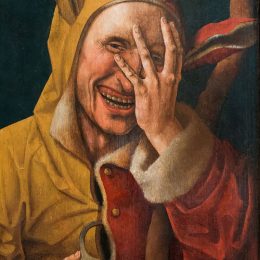 I am a self-proclaimed manuscript geek. These objects connect us to all the many “anonymouses” whose names we will never know. They were cherished and expensive and rare and unique. Without them, our knowledge of the Middle Ages would be so impoverished, we would know hardly anything at all (like the Picts – most of what we know about them comes from the Romans, or stories about St Columba. Without writing and codices, we can only interpret with creativity enigmatic carvings left behind in places like Sculptors Cave.)

It’s therefore obvious that, when it was clear I was definitely going to be able to take part in the Feast of Fools, if I got musical ideas popping, it was going to be manuscripts that I thought about first. 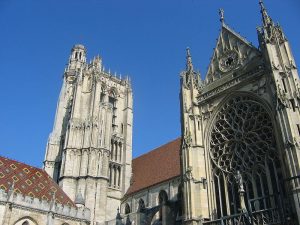 The South portal of Sens Cathedral, from Wikipedia https://en.wikipedia.org/wiki/Sens_Cathedral

I knew already about the Sens manuscript of the Office of Circumcision*. Only recently this became available to peruse online but an edition was made in 1907 that you can download, if special liturgies in France of the 13th century are your thang! 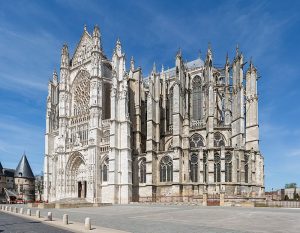 Also in the back of my mind was the fact that there is another version, another manuscript, this time from the cathedral of Beauvais, a place not all that far from where I live and a building I have in fact visited. This time I had to go and consult an edition in the Bibliothèque Nationale and the manuscript has some interesting surprises, like some polyphonic pieces (here’s one we won’t be interpreting performed beautifully by the French all female vocal ensemble Discantus) but also a ludus, a fun play, a religious drama, that may also have been part of the celebration of the Feast, enacted in the cathedral itself. 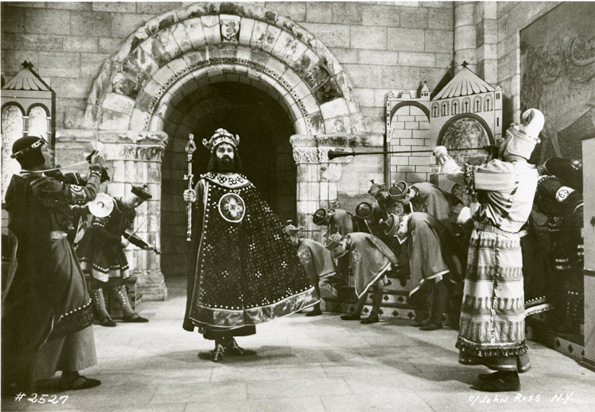 The Play of Daniel being performed by the New York Pro Musica in 1958 taken from https://www.metmuseum.org/blogs/now-at-the-met/features/2013/medieval-drama

The Ludus Danielis, or Play of Daniel, in the Beauvais manuscript, is a really important work in the history of the performance of medieval music. No-one who studies the modern interpretation of medieval music can avoid considering the massive impact that the “Big Four” pioneering ensembles had in the mid 20th century. David Munrow’s group the Early Music Consort is one of those, as is Michael Morrow’s Musica Reservata. The Munich based Studio der Frühen Musik (known in the States as the Early Music Quartet) is the third. But the first one to come into existence, founded by Noah Greenberg, a key mover and shaker in any history of early music performance, was the New York Pro Musica, and their history of popularity and success is based on their performances of the Play of Daniel. Between 1957 and 1962 they performed their richly staged version of the ludus 53 times in the US, which I’m sure you’ll agree is a massive number! For an interesting look at the history of the production, see this page.

In 2008, The Cloisters at the Metropolitan Museum in New York commissioned a performance of the play to commemorate 50 years since it was originally performed there by Noah Greenberg’s group. On a personal note, many years ago when I was a young hopeful, I went a few times to Dartington International Summer School, and one year Michael Fields and Evelyn Tubb directed a performance of the play – not that I had any idea of its significance then, to me it was just a long bit of Latin singing with fun costumes (too busy on the harpsichord at the time, such a misspent youth!!)

That was a long digression! Tunes from the play though will be appearing in our Feast of Fools, instrumentally during the interval drinks and I wanted to highlight the importance and interest of the manuscript from Beauvais, now in the British Library as MS Egerton 2615.

* The Feast of Fools is one way to refer to one of several feast days in the liturgical calendar around the Octave** of Christmas.

** A church ‘Octave’ is eight days or a week including the first day – the Christmas Octave is therefore the 25th December to 1st January inclusive.